the paper, Climate change risk assessment at heritage tourism sites within national parks in South Africa, published in ScienceDirect in August. It is noted that there are selected guides Cultural heritage sites within SANParks are negatively affected by climate change and extreme weather.

The study was approved by the government agency SANParks. The results were shared with the agency. 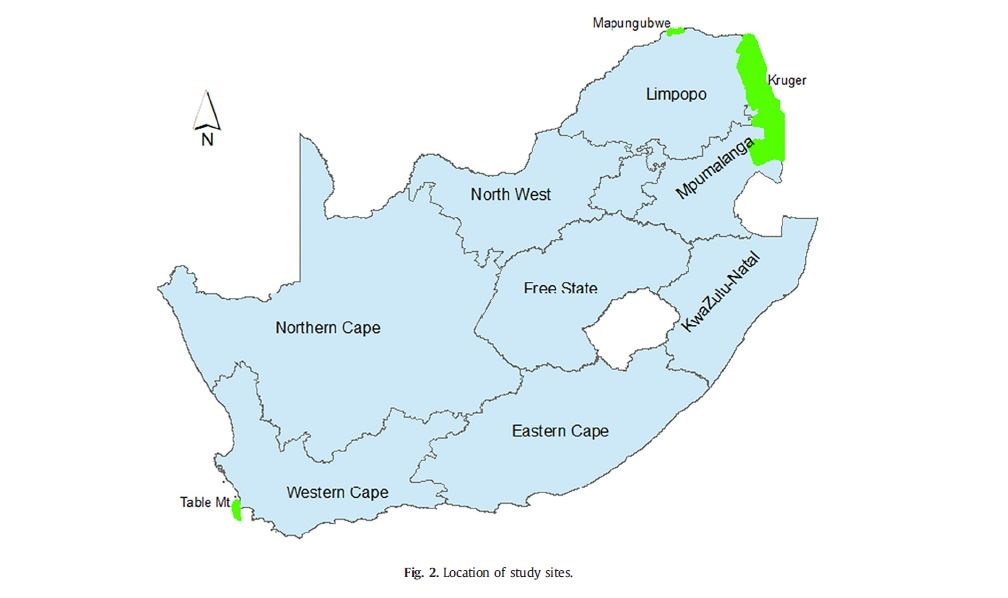 Study sites include Mapungubwe and Thulamela, in the northern parts of South Africa, and Table Mountain National Park in the Western Cape.

Mapungubwe and Thulamela are both located in Limpopo or the northern parts of South Africa. The newspaper highlighted that these sites are known for their cultural heritage and include remnants of ancient civilization, trade and development in the southern African region. Table Mountain in the Western Cape is known for its biodiversity and endangered plant species, which host a natural heritage.

The study included various site analyses, tourism surveys, and interviews to understand the perception of the threat of climate change to heritage sites.

Read | Many Angolans are unaware of climate change. But those who say it makes life more difficult

The results show that extreme temperatures, floods and heavy rains are the top three climate change-related events affecting Mapungubwe. Those interviewed noted that the artefacts – metal, copper and pottery – at the site were “extremely sensitive” to high temperatures. The newspaper pointed out that these “stretch and sometimes break when exposed to extreme temperatures.”

Floods may also “wash away” undiscovered heritage assets and can damage ancient structures on the site. The research paper stated that “heavy rain, accompanied by high temperature, accelerates the rate of rust and the formation of artifacts, which leads to their deterioration.”

The rock art of Mapungubwe is also at risk of being affected by heavy rainfall and temperature changes. The rock art is already showing signs of fading. “In particular, the salts that build up due to run-off over the surface of the rock leave insoluble salts that erode the rocks and reduce the visual appearance of the rock art,” the paper states. another paper African heritage in a changing climatePosted in 2020, It similarly highlights the risks posed by climate change to the preservation of rock art.

The authors recommended some measures to protect the site from extreme heat, including storing artifacts in air-conditioned museums or warehouses to reduce deterioration. It is much more difficult to have adaptive flood measures.

For Thulamela, the paper noted that high temperatures, torrential rain and potential flooding were the top three threats linked to climate change. High temperatures contribute to the cracking of artefacts. Heat also affects workers and visitors:

“High temperatures also affect the hours of preservation work that takes place on the site because from midday until the end of the day it becomes too hot to do any work on the site without having health effects. Even site visitors need to come early in the morning hours to avoid the effects. heat-related health.

The extreme heat is also expected to affect the pace of archaeological excavations.

Heavy rains and floods damage the ruins and sweep away artifacts that have not yet been excavated. “Heavy rain also limits access to the site, which may affect conservation and conservation efforts.”

The authors point out that the ability to adapt to high temperatures and floods is very low.

An overview of the challenges and opportunities of the climate crisis, as it is changing the world as we know it.

Drought, high temperatures, and low precipitation have been identified as the three main climatic influences on Table Mountain. Rising temperatures pose a major threat to the heritage plant life. The paper highlighted that higher temperatures combined with drought and lower rainfall would lead to a “massive drying and even eventual extinction” of key plant species.

Other factors outside of climate change that can affect the site include wildfires, land development, over-tourism, over-harvesting of plants, and land grabbing. Adaptation to higher temperatures is relatively low.

“In general, the heritage of the South African national parks studied is, to a large extent, highly vulnerable to the effects of climate change. The risks posed by climate change are also high, and the capacity to adapt remains very limited,” he wrote.

To protect these sites, they recommend increased funding that should be directed toward research, restoration, conservation, and conservation work. Funding must also be provided for excavations at Mapungubwe and Thulamela, which have so far been limited. Excavations are necessary to preserve the undiscovered artifacts at the sites.

The authors emphasized that “more protection must be provided to the greater Mapungubwe area, as it is surrounded by land uses that can destroy undiscovered heritage”.

Aside from protecting sites from fires and putting in place coastal defense systems to guard against flooding, they also recommend building museums to preserve artifacts and other tangible heritage “at risk.”

The authors further suggest that some areas of Table Mountain National Park needed restricted access – to prevent human-caused damage to the site. It also encourages the removal of invasive alien species that contribute to the risk of wildfires.

They noted the importance of raising awareness among visitors or tourists to these sites of the risks associated with climate change in heritage sites.

Commenting on the research, Dr Nicholas Simpson, Senior Advisor to the Climate Mobility Initiative in Africa (United Nations, World Bank, African Union) and Postdoctoral Research Fellow at the African Climate and Development Initiative at the University of Cape Town, said that a large part of responding to climate change requires first understanding its risks.

Simpson is also the coordinating lead author From the White Paper on Climate Risks to Heritage The International Council on Monuments and Sites is a lead author on the Intergovernmental Panel on Climate Change (IPCC) Sixth assessment report on climate change impacts, adaptation and vulnerability.

Simpson has conducted similar research on the impact of climate change on the coast of Africa. Study co-authored, African heritage sites under threat as sea level rise acceleratesshows that about 56 or 20% of all sites evaluated At risk of one severe coastal event in every 100 years such as flooding or erosion. The high emissions driving climate change will more than triple the number of sites exposed to extreme events to 198 by 2050.

Simpson shares that there is “wonderful architecture” and “painful history” to protect on the coast of Africa. “Losing all of that legacy is going to lose a lot of our memory, our identity, and who we are, going forward,” Simpson said. Another danger is the loss of the heritage we are creating now for future generations.

Simpson said it’s important to invest in research to learn how to preserve these heritage sites.

He added that Africa is uniquely positioned to lead the global understanding of what heritage is and the responsibility to protect it. The heritage extends across the African continent. It is present in wildlife and in systems of cultural, linguistic and indigenous knowledge.